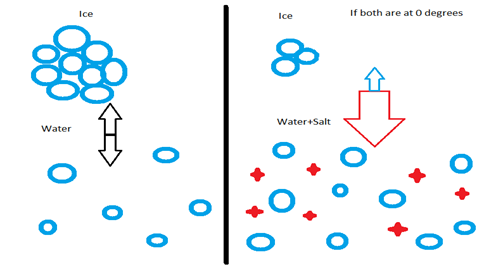 Plants evolved to concentrate salt and sugar in their cells as a protection from ice forming inside cells during winter. Ice kills cells because it forms crystals that take on a spiky shape with sharp points (think snowflake) piercing the cell wall and emptying its contents.  Salt and sugar do not permit the ice to form from near freezing temperatures to about 24*F. 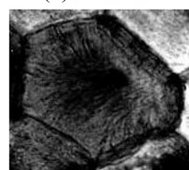 In colder temperatures, the salt and sugar combination can no longer prevent ice formation, but do affect the shape of the ice crystal – making it grows in a spherical or round shape. If ice now forms, when it presses against the cell wall it does not pierce it.

At subfreezing temperatures, like in the arctic, most plants evolved to dehydrate almost totally. They become papery and void of most moisture. This enables them to survive until warmer temperatures prevail again. In addition, because free water (without salt or sugar) is only found outside the cell, ice forms between cells not inside them. Plant Specialists Design Team will many times use alpine plants for terraces on high floors of a skyscraper!

This adaptation to concentrate sugars and salts divides those plants that are temperate from those that are tropical. It also segregates them into what we call zones. The more sugar and salt a plant cell can concentrate inside it cells, the hardier it is, and the lower the zone we can plant it in. Did you know ?– we at Plant Specialists discovered many years ago that every 50 floors up a tall skyscraper is almost another drop in hardiness zone !!!

Plants also produce a natural anti freeze molecule made of oxalic acid as a crystal we call raphides. They interrupt the ice forming capacity of water but are also part of the plants defense system. They cause burning and blistering if ingested.